In 1997, the Howard Government, in keeping with the great Neoliberalist experiment, decided to privatise the Commonwealth Employment Service (or CES), which had been assisting job seekers since 1946. The CES was replaced by a Job Network of community, government and commercial agencies. The reasoning, as is usually the case, was that increased competition would increase efficiency, while driving down costs. There are now in excess of 1700 such agencies across the country, nine of them within walking distance of my local shopping centre.

When I was made redundant some years ago, I was referred to one of these Job Service Providers. It was staffed by six or so staff and appeared to function as a reasonably normal office. During my time there I was referred to a few (inappropriate) jobs, but I was also given advice on improving my resume, interview techniques and job search methods.

Then, without warning or explanation, I was ordered to attend a new Provider. One of the state’s largest, whose office was within walking distance of my previous Provider. The office was large and impressive, at least from the outside. The initial interview was not unusual. I provided a copy of my resume and all seemed normal. But that would be the last time I’d receive such an impression.

The waiting room for about 12 people was overlooked by a receptionist’s nook. A passage beyond lead to a maze of hallways passing numerous empty offices – no staff, no paperwork, no decoration, just a computer – often turned off. I soon discovered that after waiting for 10-50 minutes past my appointment time, a distant voice would holler my name. I would stand, look down the passageway, to see an anonymous stranger – presumably a consultant – waving at me. The first time this happened I thought I might have struck a particularly inept or rude person, but this was regular practice. It happened to every job seeker, every time. A long wait, and then an ill-mannered shout!

Now, this might seem like an exaggeration, but I swear that it’s true. For the year I was with this Provider I saw someone different EVERY time. I would write down their name at the start of the “interview” but cross it out and replace it when someone new appeared at the next visit. This continued until I had quite a long list of ex-consultants. Where did they come from and where did they go? I have no idea! Although the premises was large and featured many offices, I never saw more than three staff at any one time. On many occasions there was just one, with a waiting room filled with job seekers. Once, my interview took place at the receptionist’s counter, in between phone calls.

The consultants, if you could call them that, were NEVER prepared. Although I’d provided my resume on several occasions and in various formats, the consultants never had one on hand. And, even though my job applications had been entered into the Job Active database, the consultants either didn’t know how to access the information or didn’t care.

Interviews invariably opened with questions like: “So, what sort of jobs have you applied for?” or “What sort of work would you like to do?”

I was only referred for one job while at this Provider. Despite having over 30 years’ experience in Financial Services, she insisted that I apply for a job as hotel waiter. It soon became apparent that the reason she was so insistent was that the job was with her previous employer.

In order to retain my Newstart Allowance I had to attend the interview. It was as humiliating as could be expected (particularly as the job she’d referred me for was NOT the one on offer.)

At one point, the Provider forced me to start a “business course” with an external organisation. The course might have been appropriate for someone who’d never worked before, but NOT for a mature job seeker. There were over 12 of us attempting to complete activities aimed at someone with no concept of basic work practices. (Interestingly, I later discovered that the training organisation and the Job Service Provider were owned by the same entity. Does this mean Centrelink was paying both – one as referee and one as trainer? Given that the “course” was completely inappropriate, this arrangement prompts all sorts of questions.)

The Provider even failed at the most basic level. Twice I incurred Demerit Points on my Job Active account, both of which were due to the Provider’s incompetence. When I asked for them to be removed I was told either “we can’t” or “we don’t know how”. Their final response was: “They’ll just disappear after a few months.”

Usually, Centrelink decide when and where you go when it comes to Job Service Providers (it’s all about who gets the money). But after a little preparation, I was able to disentangle myself from this Provider, much to the confusion of the consultant. (“Can he do this?)

I think my parting words were: “This office would be better run by children.”

Although, even empty offices would have been an improvement. 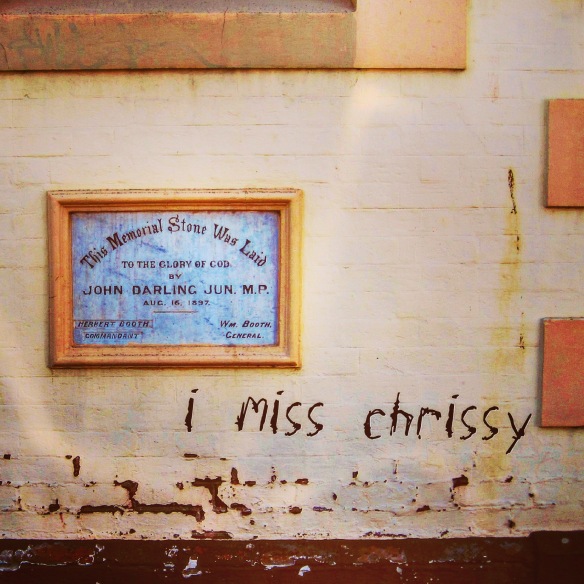